Yes, I have a weak spot for music from the 90s, including Salt-N-Pepa’s 1991 hit Let’s Talk About Sex, the inspiration behind the title for this post. If you’re unfamiliar with Salt-N-Pepa, the female hip-hop group sometimes tackled important social issues of the day with their music, including the then-taboo topic of sex and the need for more open communication about it.

This song is different from the 2016 release of SEX by Cheat Codes and Kriss Kross Amsterdam. If you listen to these songs back-to-back, it seems as if the new version undoes the empowerment created by the original, which is both an unsurprising and disappointing commentary on the direction of society as a whole as it relates to women.

Like most writers, I love words (I may have even read parts of the dictionary as a pre-teen just for the love of learning new ones).  Every word has a specific meaning, its own unique nuance, and appropriate context for use; without a clear understanding of what words mean, it’s possible—likely, even—to misuse them out of confusion.

One group of words that has been creating confusion and controversy since the advent of the #MeToo era is “nonconsensual sex” and where it falls on the spectrum of consent.  But I’ve managed to figure this one out and I want to make sure we’re all on the same page.

After all, consent is a key theme in my novels.

It can be helpful when learning a new word or term to first understand words or terms that are related, and the context in which those would be used.  And since today’s phrase falls on a spectrum, let’s start with what lies on either end.

We can find the term consensual sex at one end of the spectrum. According to Merriam-Webster Unabridged, consent means “to express a willingness” or “to give assent or approval” and sex is “an action performed with another person for sexual pleasure; especially:  an act of sexual intercourse.”

On the opposite end of the spectrum, we have the “r” word:  rape. Merriam-Webster defines this as “illicit sexual intercourse without the consent of the woman and effected by force, duress, intimidation, or deception as to the nature of the act.”  This definition is a bit archaic with its use of the word “woman” —men can also be victims of rape—but the rest of it is reliable.

Okay, so what the hell is nonconsensual sex?

This term has been bandied about fairly liberally in recent years to describe sexual encounters that lacked consent but didn’t quite qualify as rape. Scratching your head in confusion?  Let me give you an example.

A 13-year-old girl has managed to get herself into a situation where she is alone in an isolated, enclosed area in the middle of the night with two boys, one a year younger and one a few years older.  When she is propositioned for sex, the girl laughs it off, hoping it’s a joke.  The boys make it clear that it isn’t.  The girl looks around after her verbal refusal is met with threats only to realize she has no way to physically escape the situation and she freezes.

Would you call this consensual sex or rape?  Uncomfortable with both labels?  Do you find yourself wondering if this was her first sexual encounter? Would the response to that question change your opinion?

What if you knew that the girl was terrified of the older boy because of other things he’d done to her, like biting her neck until she bled as a form of greeting?

There are some who would say she must have been asking for it, then—why else would she put herself into that type of situation with someone who treated her that way, right?

Would that opinion change if you knew that those boys were larger than her in stature?  Or that they were the brothers of her boyfriend, who was in the vicinity but too intoxicated to wake up?  What about the girl having a history of physical and sexual abuse?

At this point, many would concede that it maybe wasn’t consensual, but would still be uncomfortable using the “r” word.  They would posit that it was neither consensual sex nor rape, but rather something in between.

But just to be thorough, let’s examine the components of that term.  To recap from earlier, sex was defined as sexual intercourse, or an act performed for sexual pleasure, and consent was defined as willingness, assent or approval.  And according to trusty Merriam-Webster, nonconsensual is defined as “not consensual: not involving or based on consent.”

Putting it all together:  sexual intercourse not involving or based on willingness, assent or approval.

But, wait, that definition sounds familiar, doesn’t it?  In fact, it sounds exactly like the definition for rape.

Nonconsensual sex – sexual intercourse not involving or based on willingness, assent, or approval

Consent is not a spectrum any more than additional background information on a victim has any bearing on the consensual nature of a sexual encounter; there either is consent or there isn’t consent.

There’s more to the story than just fight or flight.

Part of the misconception that consent is a spectrum with a murky middle ground is based on an incomplete understanding of how our bodies respond when they sense danger and feel threatened.  To continue with the example of the 13-year-old girl from above, the notion that what happened couldn’t possibly be rape is driven in large part by the fact that she didn’t fight back.

And I get it; this is a hard thing to understand.  I was the 13-year-old girl in the example above and even I couldn’t call it rape until almost 21 years after it happened.

Society at the time—my close friends and my boyfriend—didn’t believe me because there wasn’t a violent struggle. Instead, they shamed me; they blamed me for what happened, even assaulting me as I begged them to listen and understand.  In turn, I started to blame myself and feel ashamed for what had been done to me, hiding it from everyone who didn’t already know.  Because, surely, I must have subconsciously wanted it to happen if I didn’t fight back.

That’s what the people I trusted said, so that’s what I believed must be true.

“Survivors are shamed and blamed because they didn’t mobilise, fight, and make an effort. That’s a misunderstanding. It’s a poorly informed explanation because the body goes into that state and they can’t move.” -Stephen Porges

There is this heartbreakingly cruel and destructive belief that a sexual attack is not rape if there isn’t a violent struggle involved, but there’s more to the story. Our bodies have a third survival response.

And freezing in the face of danger and threat does NOT somehow translate into consent.  It does NOT excuse the rapist’s behavior.  It does NOT mean the victim secretly wanted it.

What it does mean is that someone had an uncontrollable physiological response that prevented them from being able to fight back.  That’s it.

And instead of judgment, instead of taking away a victim’s power to communicate with accuracy the violation they experienced by giving it a label like “nonconsensual sex” to soften what happened and make everyone else feel more comfortable, let’s all employ a little more thirst to learn and understand, a little more effort to listen and question societal norms.

Be willing to have those conversations that make you shift around in your chair and your eyes dart out the window because the topic is sensitive.  Be willing to get uncomfortable, to embrace it for the sake of supporting those who need it.  Be willing to raise your hand and take a stand, to inform those around you that what is commonly accepted as a broad spectrum with varying shades of grey is, in fact, black and white.

Educating ourselves and leaning into the discomfort is the only way we can break this learned cycle of victim-blaming and cultivate a better-informed, more understanding, less judgmental, and kinder society.

So, yeah—let’s talk about consent, baby.

You can read more from Stephen Porges on the topic of the freeze response in this article and in this interview.

Katherine Turner is the author of Finding Annie, a contemporary romantic women’s fiction novel that explores the power of love and human resilience in the wake of trauma and abuse. She blogs about mental health, trauma, and ways we can be more compassionate as a society. Sign up for her newsletter to stay up to date and get the first five chapters of her novel Finding Annie free! 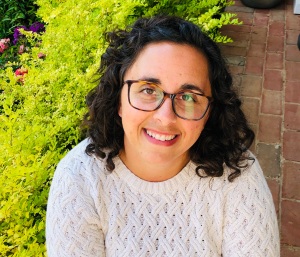 SIGN UP for my newsletter and get the first five chapters of Finding Annie FREE!